In this section of the book, Valjean and Cosette move out of the Rue Plumet, the barricades are created and the fighting begins, and a young girl dies. 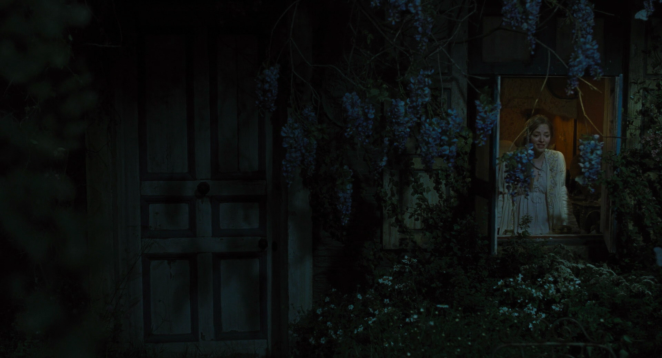 The smile of the woman we love has a brilliance that shows by night. (p. 1024)

There are moments when woman accepts, like a somber and resigned goddess, the religion of love. (p.1025)

What constitutes an èmeute, a riot?  Nothing and everything.  An electricity gradually released, a flame suddenly leaping forth, a drifting force, a passing wind. (p. 1048)

Add, for we must tell it, the massacres that too often dishonored the victory of order grown ferocious over liberty gone mad. (p. 1050)

The nobility of a great heart, condensed into justice and truth, strikes like a thunderbolt. (p. 1053)

In the most usual cases rioting springs from a material fact; insurrection is always a moral phenomenon. (p. 1054)

A revolution is not stopped dead.  It always has some necessary undulations before returning to the condition of peace like a mountain descending toward the plain. (p. 1055)

Little incidents, we believe we have said, are, so to speak, the foliage of great events and are lost in the great span of history. (p. 1055)

As we have said, the great city is like a place of artillery; when it is loaded the falling of one spark is enough, the shot goes off. (p. 1056)

A mob does not go precisely where it wants to.  We have explained that a gust of wind carries it along. (p. 1081)

Nothing is more natural to drinkers than an ellipsis.  The ellipsis is the zigzag of a phrase. (p. 1084)

“That makes us get along, my coat and I.  It has adopted all my wrinkles, it doesn’t bind me anywhere, it has adopted to all my deformities, it is complaisant to all my motions; I feel it only because it keeps me warm.  Old coats are the same thing as old friends.” (p.

“In fact, that confirms my conjectures about Jehovah’s fortune; and to see so much discomfort above and below, so much pettiness and meanness and stinginess and distress in the heavens and on earth, from the bird without a grain of millet to me who haven’t a hundred thousand livres of income, to see human destiny, much worn out, and even royal destiny, which is showing through to the warp, witness the Prince of Condé hung, to see winter, which is nothing but a rip in the zenith with the wind blowing through, to see so many tatters even in the brand-new purple of the morning on the tops of the hills, to see the dewdrops, those fake pearls, to see the frost, that paste, to see humanity ripped, and events patched, and so many spots on the sun, and so many holes in the moon, to see so much misery everywhere, I suspect that God is not rich.  He keeps up appearances, it is true, but I can sense the pinch.” (p. 1091)

Beneath the gilding of the sky I catch a glimpse of a poor universe.  Creation is bankrupt.” (p. 1091)

“Oh! The frightful old world! They mutually strive, and plunder, and prostitute one another, they kill one another, and they get used to it all!” (p.1092)

[W]ith the exhausted patience of brutes that no more understand the ways of man than man understands the ways of Providence. (p. 1120)

There is an expansion of thought peculiar to the proximity of the grave; being near death makes us see the truth. (p. 1126)

Civil war? What does that mean? Is there any foreign war? Isn’t every war fought between men, between brothers? War is modified only by aim.  There’s neither foreign war nor civil war; there’s only unjust war and just war. (p. 1126)

There comes an hour when protest no longer suffices; after philosophy there must be action; the strong hand finished what the idea has sketched. (p. 1127)

Marius had lived too little to as yet to know that nothing is more imminent than the impossible, and that what we must always foresee is the unforeseen. (p. 1139)

She died with that tragic joy of jealous hearts that drag the being they love into death with them, saying, “Nobody shall have him!” (p. 1146)

Dreamers like Marius have these extreme depressions, and decisions come out of them. (p. 1146)

What are the convulsions of a city compared to the èmeutes of the soul? Man is a depth still more profound than the people. (p. 1148)

Between servant and master, betrayal begins with curiosity. (p. 1149)

Human nature is so constituted that we are reassured almost as foolishly as we are alarmed. (p. 1149)

[T]hat coward, for it is cowardice to come and make eyes at girls who are beside their father who loves them. (p. 1155)

It was clear the hydra of anarchy had gotten out of its box, and was raging in the neighborhood. (p. 1164)

(P.S. For one of my classes this semester, I am required to conduct a research experiment/study.  I am designing my study in the form of a survey.  I think it would be really cool to have you guys be a part of my research (but please do not feel obligated!).  If you are interested, the only stipulation is that you be an American citizen (sorry, but my topic is relevant to Americans).  So, if this is something you are interested in, please shoot me an email at fidelisdiem@gmail.com and I will send you the info. Thanks!!