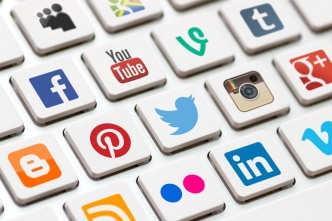 I was born in the 1990’s, so I kind of grew up with this ever increasing amount  of technology.

I am not a fan of technology, specifically social media.

I hate the distance social media creates. In trying to bring everyone together, it is, in fact, making us farther apart. I have many friends (and cousins even) who are so attached to their phones, I have to repeat myself several times in order to get a response.

I am so tired of that. I’m so tired of not having conversations with friends, because when a silence creeps up, people fall into their phones.

I only have Facebook. I do not have a Twitter, Instagram, YouTube account, Pinterest, Tumbler, etc. I have a Snapchat, but it is not used to near the caliber of some of my friends. I refuse to create any new social media accounts because I know what will happen. I will get sucked into it, and feel further distant from the beauty of each day and moment. I just made a Spotify account, and it’s already proving to be a big problem.

I had a challenge for myself this past week; go a week without my phone. I failed miserably. It is so sad that I couldn’t go a without my phone, and I only have Facebook. *Granted, I did write three posts this week, and I wanted to see the response. *

If that is the current state of my distraction, why in the world would I add more?

I long so much for a time where I don’t have to ask friends and cousins to put their phones down when we are together. A time when pictures are taken for memories and keepsakes, not for Instagram or Snapchat. A time to just be, without a phone in hand, taking in the splendor of the moment, instead of shifting through filters or checking Facebook. A time when sleepovers are ‘stay up all night having heart conversations and eating junk food’ instead of ‘lying in bed on social media not talking to each other’. A time when as a group of friends, we don’t need to pause every 5 minutes for a selfie.

Because I try to be on my phone as little when I am around people, I often feel left out when the people I am with are on their phones.  And whether or not my friends do it intentionally or not, when they fall into their phones instead of a conversation, it’s as if they are telling me (or the situation) that they’re bored or that what’s going on isn’t interesting enough.

I’m a big girl.  I don’t get upset about that.  But what bothers me is, if we are hanging out or at a get-together with other friends, phones are out in the down time, and conversation starts to revolve around what’s happening on social media.

Seriously.  Put it away.

Now, I am fully aware of the power social media can have during social events and terrorist/violent attacks. (Heck, when I was in Washington DC for Together 2016 we spread the message through social media.).

But during everyday life and time, get the screen out of your hand and away from your face.

I had a couple of friends over this weekend, and for fun, we played ‘Truth or Dare’.  I dared on of my friends to go 15 minutes without her device.  When I asked her if she was struggling half-way through the time, she said she was dying.  Fifteen minutes.

What is happening to our world?

I believe imagination is being affected as well.  Yesterday, in an effort to get my friends off their devices, I pulled out markers and paper, and asked them if they wanted to draw something.  Instead of putting their devices down, they said that they were going to look something up to draw.

[It does seem this is mostly a problem with 30 year olds and younger.  But I think it is slowly seeping into every age and generation.]

I TRIPLE DOG DARE YOU.

~Be like this wonderful woman, and just be, without a phone.~